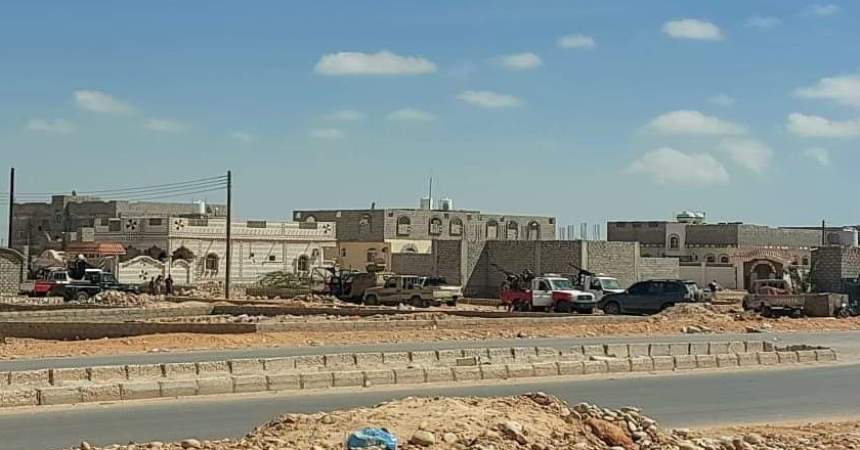 Yesterday, Friday, the Security forces in Al-Mahra governorate, east of Yemen, announced the killing of three people, whom they described as “terrorist elements”, during a security operation aimed at arresting a “terrorist cell” in the governorate.

In a press release, Nashwan News obtained a copy of it, a security source in Al-Mahra Governorate stated that the security and military services in the governorate managed to arrest terrorist cells in Al-Ghaydah city, with intelligence support from the Arab coalition led by the Kingdom of Saudi Arabia.

The source stated that “investigations and intelligence work succeeded in monitoring and tracking three sites where terrorist elements coming from outside the governorate are fortified.”

He pointed out that the security and military forces and the cooperation of citizens surrounded the sites of terrorist cells in a number of neighborhoods in the city of Al-Ghaydah, during which violent confrontations erupted, and the terrorist elements tried to flee.

The security forces said that the operation was successful in controlling terrorist cells after the killing of three terrorist elements and the arrest of the others.

The statement said that the security forces and the army found weapons, explosive belts, explosives and electronic devices inside the three sites.

He said, “The security services have not disclosed the progress of the operations since their inception, in order to preserve the end of the mission and uncover the elements associated with each other.”

The governorate of Mahra is located on the borders with the Sultanate of Oman and has witnessed in recent years a political movement, in conjunction with the increase in the pace of commercial movement in the city, as it is one of the provinces far from the war.