IDPs in yemen: 757 new families during September in marib 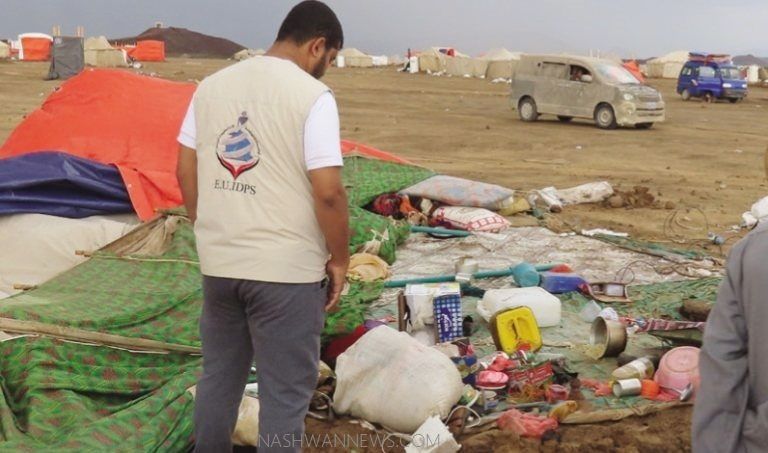 IDPs in Marib: 757 new families during September and 622 left Madghal due to the escalation

The Executive Unit for IDPs Camp Management of in Yemen revealed that the displacement movement is continuing in the Marib Governorate, where hundreds of families have been displaced as confrontations continue on separate fronts in the governorate.

The monitoring teams of the Executive Unit also recorded the departure of 622 displaced families in the Madghal district, due to the escalation in the area.

The monitoring teams of the Executive Unit also recorded the departure of 622 displaced families to the Madghal District, due to the escalation in the area.

The report referred to the needs required for relief of the displaced, especially in non-food items, shelter and press sanitation, as the gap between needs and interventions reaches 90%.

The Executive Unit called on all relief organizations and the international community to “provide relief to the displaced in Marib and the various displaced persons in light of the difficult conditions in which they live, after the Houthi militia attacks forced them” to flee to various liberated areas, foremost of which is Marib.