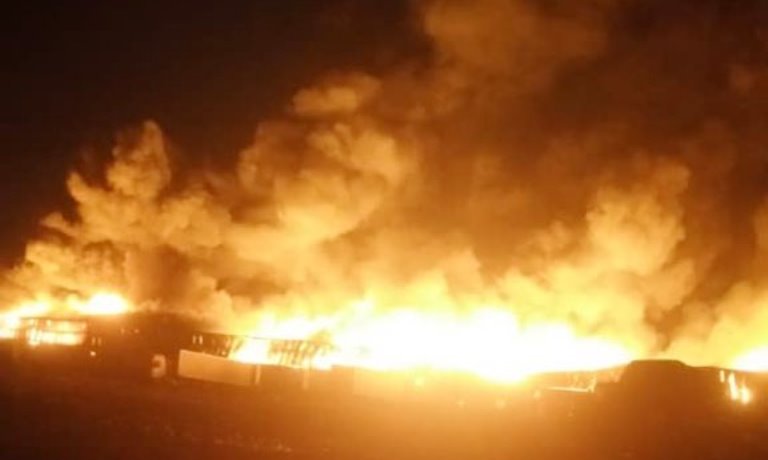 Al-Hodeidah Governorate, western Yemen, witnessed, yesterday evening, Tuesday, a huge fire in the warehouses of the largest industrial and commercial complex in the city, after it was subjected to direct artillery shelling by the Houthi militia.

And local sources in Hodeidah stated that yesterday evening, the militias launched a direct bombardment with artillery shells on the THABET BROS & CO of Hodeidah inner the city of Hodeidah, causing a massive fire in the compound’s warehouses.

Workers in the complex indicated that the Houthi militia targeted the warehouses with three shells that ignited the fire, in a way that the complex’s firefighting teams could not deal with, pointing to three warehouses that were devoured by the fire with everything in it, which will completely disrupt work in the complex.

The headquarters of the Thabit Brothers Industrial Company in Hodeidah were subjected to frequent bombing by the Houthis, but the management of the commercial group sought to restart it before the Houthi bombing came again, in conjunction with the militias escalating their attacks against the joint government forces in the governorate.